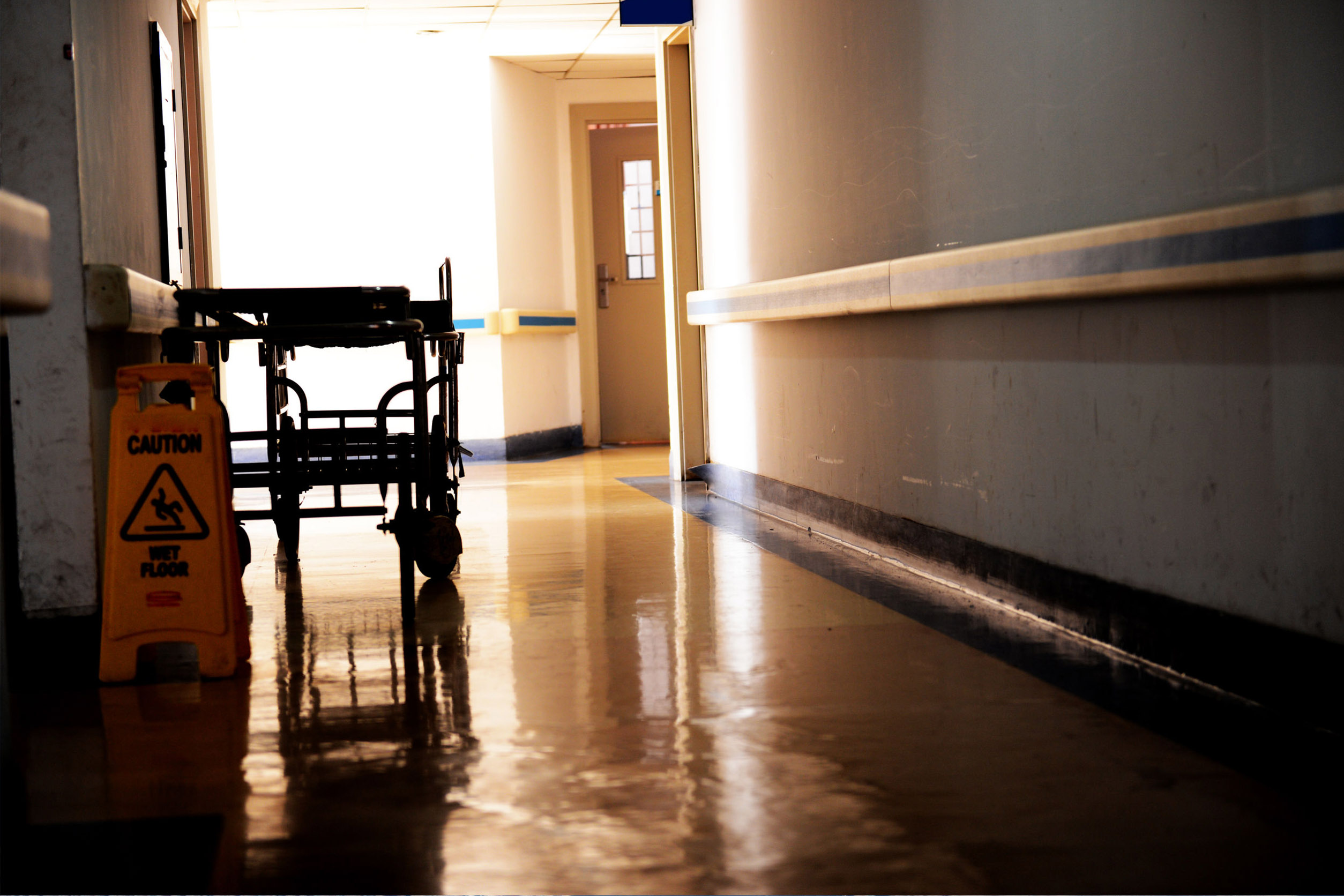 It’s a spooky day! Halloween is upon us, and to help get you into the ghoulish spirit, we’ve rounded up 8 hospital ghost stories from nurses (some spooky, some not) to keep you entertained. So, grab that Halloween candy, because—let’s be honest, you’ve been snacking on it all month—get your flashlight out, and get reading!

The Man With The Striped Shirt

A fellow nurse and I were talking about patients’ hallucinations when he told me about this time he was walking past a patient’s room, an elderly woman with dementia, and she was chatting up a storm with someone. He asked her who she was talking to, and the woman replied, “That nice man in the black and white striped shirt.” A while later he went into another dementia patient’s room, and that different patient asked where the man with the striped shirt had gone.

A good friend of mine while doing his rounds as a young intern (he is now a neurosurgeon) had just looked in on a dying patient. After making the patient comfortable, he exited the room, sat on a nearby chair to write his report. After few minutes he looked up and saw this patient walking down the hallway. He called to the woman but there was no response. As he stood up to walk after her, she disappeared. He quickly walked toward the patient’s room and saw a light under the door. When he opened the door, it was completely dark in the room. So he turned on the night-light, went over to the patient and felt for her pulse. She had died. He swears to this experience.

You Brought Your Kitty With You

I had a patient who was CMO and quite obviously very close to dying. The week before, my best buddy-cat Pippin had died (and I was pretty broken up about it, still). That being said… I walked into her room, and she said, “Oh, you brought your kitty with you!” I blink at her and say, “What?” Mind you, this was the first time I’d had that patient and I hadn’t discussed my cat with her, having cats or even liking them. Her reply, “Your kitty. It’s right by your foot.” I get that frisson, that momentary shiver in my soul and ask, just for kicks, “Yeah? What color’s the kitty?” She says, “Black with some white.”

Pippin was a black tuxedo cat with white paws and a white bib. The patient died that night.

The best I have heard is from a nurse who said that one night she was floated to oncology at the hospital she used to work at. She was given a patient who was passing away and had been unconscious for several days. At one point during the night the nurse went into the room; the patient was at the top of the bed, looked at her and said, “Don’t let them take me!” The nurse was freaked out and asked her who was going to take her, and she said, "That black thing up there," and pointed up in the air. This patient died within minutes.

Not a spooky story, but a lonely ghost.

One of the rooms, if it was being used regularly, fine. No problems. But, since it was a room at the end of the hall, it was used for storage lots of times.

So, needless to say, when the room was being used for storage, the TV was always on with the volume down low.

Pointing Right Over My Shoulder

Every night before the next shift comes in, I check on all my patients, make sure their briefs are clean, refill water pitchers, etc. This is usually right after sunset. Three different patients in three different rooms have told me they’re frightened of the tall, thin man standing in the corner, pointing right over my shoulder.

I work as a CNA in long term care. We had one resident “Betty” who was totally independent, all ADL’s were done on her own and she did fine on her own, never had an incident. The only time she wanted help was showers and then she only wanted you around to make sure she didn’t slip and fall. Betty came down with pneumonia and had to be hospitalized. When she came back, she was too weak to do things on her own but too stubborn to ask for help. The last thing the CNA told her before going to bed was, “If you want to get up, hit your call light. I’ll come help you.” Of course she didn’t, got rid of the bed alarm, climbed out of bed and fell. Betty died from the fall. No one has been moved into her bed.

Some of the women in my family have what my great-grandmother called "ghost seeing eyes". That is, they see people and things that the rest of us can't (or won't) see. Things like the dead.

I don't know if my grandmother gained ghost seeing eyes at the end of her life, but it's hard to deny that she saw something — either mental or spectral in origin — that comforted her as she neared death. We should all be so lucky.

At the end of her life, my grandmother was confined to a bed in the hospice unit of a Hong Kong hospital. In the end stages of what her doctors called "senile dementia," hospital nurses and my aunt (also a nurse), were always with her.

Apparently, nurses weren't the only ones at her side.

It would have been easy to write off her behavior as simply the progression of her disease, but the nurses remarked that there was a focus, a single mindedness to her gaze, to her watching. Then she started talking.

"Father is here to help me," she'd say as her eyes looked up at the empty space next to her bed. Father, referring to her late husband, my grandfather.

"Yes... I don't know... you do look well," she'd converse with Father, almost girlish at times, her eyes unwavering.

Like a last gift, my grandmother brightened up again with her late husband's company. He was her constant companion, and the nurses took to giving them their privacy.

Hallucination or not, the Chinese nurses were not about to interfere with what just might be a husband ushering his wife to the other side.

"Father is waiting for me," she'd say, her eyes trained on the foot of her bed. "Ai-yah, just wait, just wait. I'm coming."

Do you have any ghost stories to share? Let us know, and while you're telling your story, we can find you a new travel assignment.