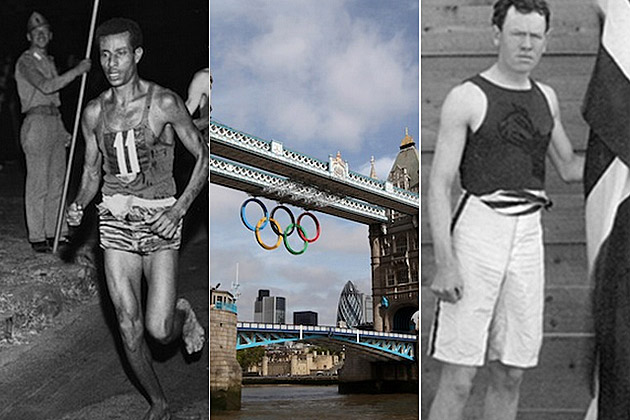 With the Olympics coming to London this summer, we thought we’d take a look at some amazing facts and traditions that make up part of this celebrated global event.

The first Olympics, which got started in ancient Greece, only allowed men to take part. These days, men and women from across the planet compete for Olympic gold. Athletic records have been set, heroes have been made, rivalries formed and even a few tragedies have occurred. Nations have gone at it every four years (with a few exceptions) in both team and individual events for more than a century now. Athletes compete for pride, fame and Olympic glory, and the desire to be the best. Here are a few stories surrounding the history of the Olympics.

This Is London’s Record Third Olympics 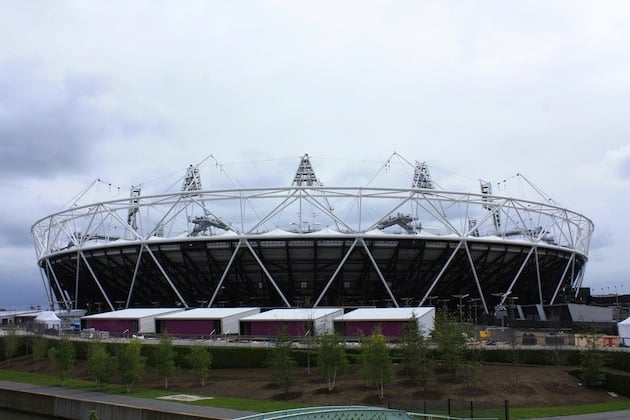 2012 is not the first time London has hosted an Olympic Games, nor is it even the second. In fact, London will become the first city to ever host a modern Olympics three times. In addition to that record, London also has the honor of being the first city to host the Paralympics, which took place in 1948 for wounded war veterans. 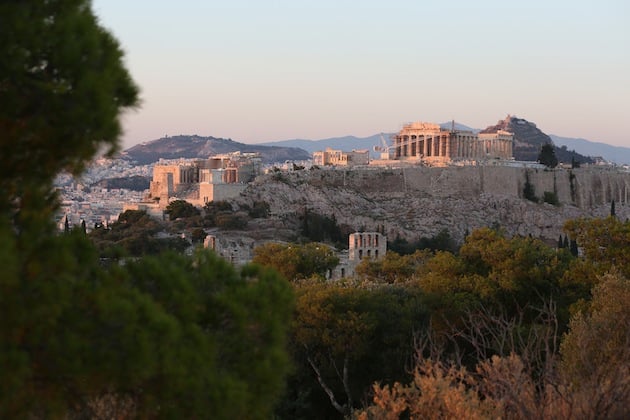 Dimitrios Loundras was a Greek gymnast who took part in the Athens Olympics held in 1896. Young Dimitrios won a bronze medal for his efforts, and to this day he still remains the youngest Olympic competitor and medalist on record. Even more amazing, he was 10 years and 218 days old when he won his medal. That’s a lot of pressure for a kid, but Dimitrios did just fine. Later in life he became an admiral in the Greek Navy. Perhaps he held onto his medal when he was out to sea, for good luck. 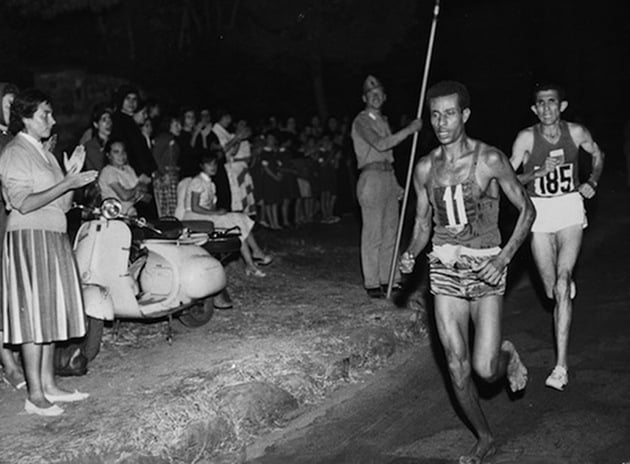 Running a marathon is hard work. Shoe companies market like crazy to all types of runners, but their advertisements would have been wasted on Abebe Bikila. Abebe, who hailed from Ethiopia, won the gold medal for the marathon in the 1960 Rome Olympics. He was the first African to win a gold, and he did so barefoot. That just goes to show you expensive footwear doesn’t always make the difference.

The Oldest Olympian Ever 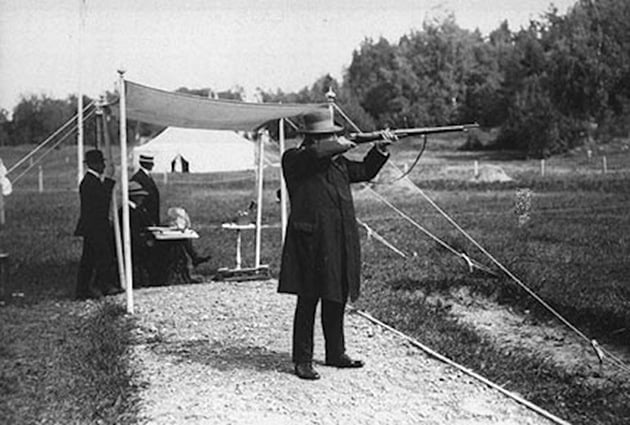 Oscar Swahn, a Swedish shooting expert, won his first Olympic medal in 1908, when he was a spry 60-year-olds. Apparently he got a taste for winning, even if it came later in life than most people. (He would go on to compete in two more Olympic Games.) After WWII, Swahn attended the Antwerp Games (his last) and won a silver medal. He was 72 at the time. It seemed his marksmanship hadn’t faltered in the slightest, despite his advancing age. 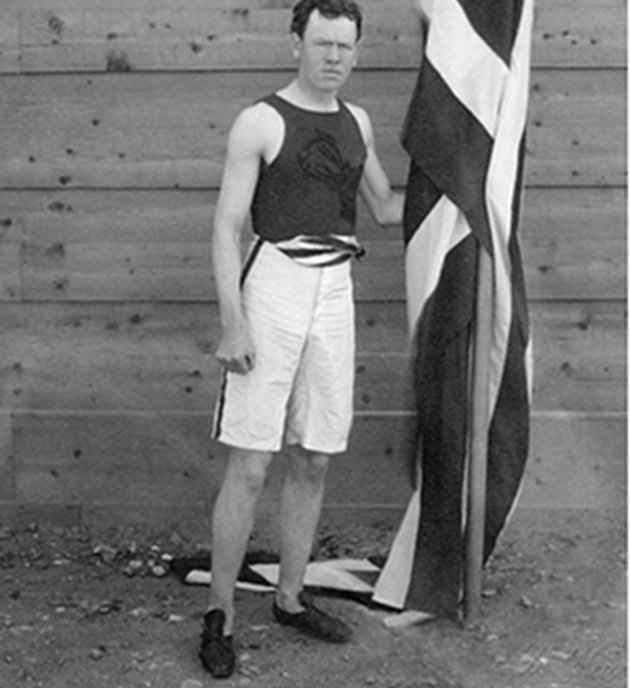 The American James Connolly won the fist medal given out (of the modern era) at the inaugural Athens Games, staged in 1896. In order to do so, he had to take a break from his studies at Harvard University and make his way to and through Europe. Luckily, his efforts paid off. Connolly competed in the triple jump and emerged victorious, becoming the first Olympic champion since the last Olympics were held, about 1,500 years prior. Instead of a gold medal, the top prize at the time was a silver medal and an olive leaf.

The First Olympics Ever Broadcast on Television 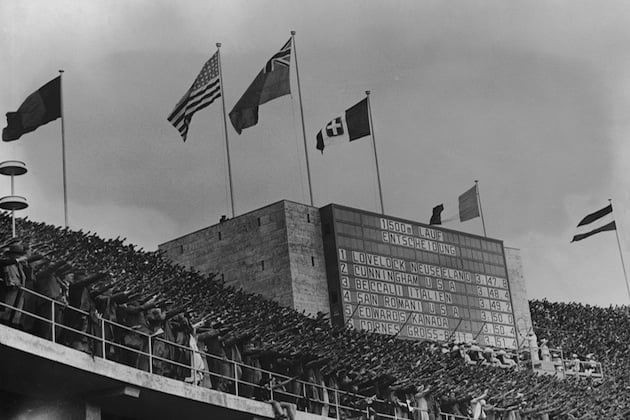 The 1936 Berlin Olympics (also known as the ‘Nazi’ Olympics) were the first Olympic Games to ever be televised. Before the advent of television, sports fans had to make due with radio commentary, and before radios were ubiquitous, you could only read about the results of the events in the newspaper.

These days, giant screens and HD televisions let fans live vicariously through their favorite athletes. Every glistening pore and bead of sweat can now be captured on camera. Back in 1936, you could only get a fuzzy black-and-white image, but that beat radio hands down if you happened to own a television and live in Germany (there was no global television then). Worldwide Olympic television broadcasts only became possible in the 1960s. 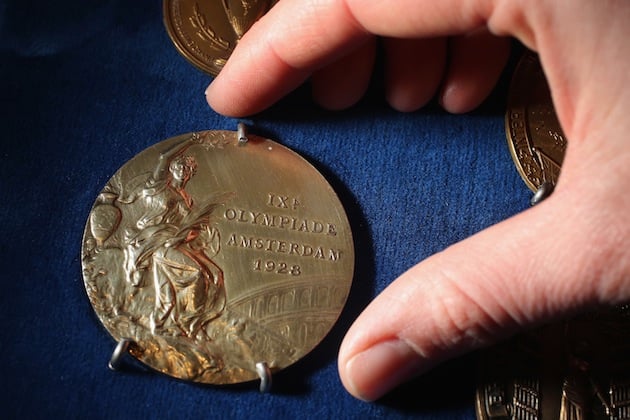 Names can be deceptive. Even though the top athlete in his or her field wins the ‘gold,’ the medals aren’t really made out of solid gold. In fact, they haven’t been pure gold for around 100 years.

The gold medals awarded now are actually silver, with gold plating. That probably doesn’t matter to the athletes who have dedicated their lives to winning one, as long as they aren’t planning on melting the medal down and pawning it off. 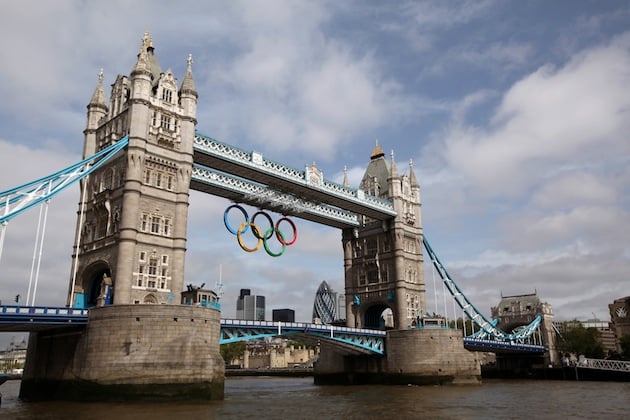 The opening ceremonies of the Olympics are a pretty big deal nowadays. The city, and the nation chosen for the event invest a lot of money and resources into creating a big fanfare and a huge spectacle. (If you had the chance to see the opening ceremonies for the 2008 Beijing Olympics, you know what we’re talking about.) Well, the first few Olympics of the modern era didn’t even have an opening ceremony. That only came into style with the 1908 games, held in London. Cities have been trying to outdo one another with elaborate ceremonies ever since.

The Modern Olympics Have Been Canceled Three Times 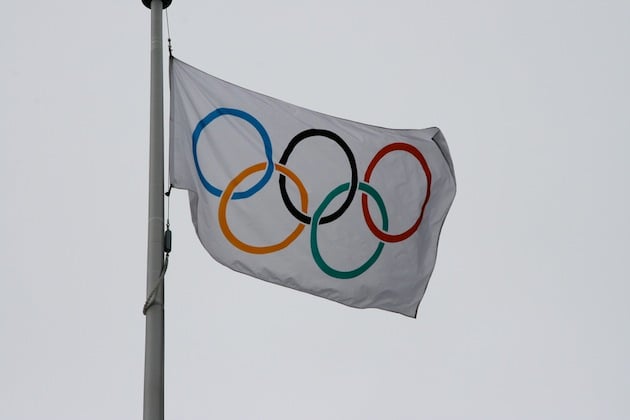 The Olympics are traditionally held every four years. The summer and winter games took place during the same year up until 1994, when the International Olympic Committee (IOC) decided that the seasonal games should be staggered, and held two years apart.

The Ancient Greeks Competed in the Nude 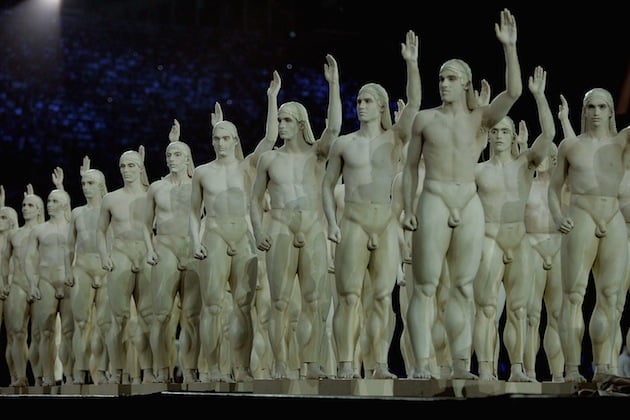 In ancient Greece, athletes didn’t have to worry about endorsements on their jerseys or shorts, because they weren’t wearing any. That’s right, competitors back in the day had to strut around in the buff, and only men were allowed to compete.

Competitors often oiled themselves up for looks, and as a tribute to the Gods. (The word “gymnasium” comes from the Greek “gymnos,” which means “naked.”) Those unabashed Greeks even worked out in the nude. Image the anxiety and preening that would cause in a modern gym. At least you’d save some money on your workout clothes. But where would you clip your iPod?