Shining a Light on Autism

“We seriously have hundreds of those foam Nerf bullets everywhere in our house….. under couch cushions, on the floor and even in the washing machine when I forget to take them out of my jean pockets” Scott Villotta, Cath Lab Account Manager at Fusion Medical Staffing says with a smile and his signature laugh. “They calm him down, so I buy sleeves of them at a time.”

“I can relate to that. When Bruce Jr. was little, we had those little Thomas the Tank engines, and he lined all of the different characters up perfectly over and over. He also loved those match box cars and they were always all over the house”. Bruce Peoples, Senior Accountant at Fusion Medical Staffing says to Scott with a smile. “I get it man”.

A year ago these two coworkers that work in different departments, discovered they share a similarity that triggered an immediate bond. Both of these men have a son with autism.

As they sit across from each other openly talking about the similarities and differences between their kids, you can see and feel the connection. They are two dads that both thank their wives for recognizing the early signs that both Bruce and Scott admit they weren’t open to seeing.

Bruce and wife Eliza had their first born tested for hearing loss after he quit chattering and seemed to be ignoring everyone at the age of 2 ½ . “I had oriented in a NICU and watched some videos for infants with hearing loss and one of the kids in the video reminded me of Bruce Jr.” Eliza explains. After completing the hearing test and getting tubes put in his ears, his hearing improved significantly. Cognitively though, there were still some delays. Bruce Jr was diagnosed with Pervasive Development Disorder-Not Otherwise Specified (PDD-NOS). Bruce Jr. was placed in a developmental preschool at the age of 3. Throughout his years in school he did well in social settings, but is very obsessive with timelines, work and appointments. Bruce Jr. did speech therapy throughout his early childhood and high school years. In high school he was in Student Council, NJROTC as the commander of the Rifle team. He also competed in Special Olympics and has worked for Embassy Suites for the past 4 years. At 25, Bruce Jr. Is doing well. He has his own apartment that he pays rent for, in a community that offers housing for individuals with disabilities. His parents are very involved with helping with meals and also help pay for many of his bills because he is only able to work part time. “Bruce Jr. can pace for hours, actually I have a part of my floor that is creaking because of all of the pacing in one spot. He will come home to spend time with us and he will stand and look out the door constantly. He will always have things that he is uneasy about and behaviors that are repetitive, but they help calm him.” Bruce says of his son.  “Sadly, the services for adults with autism are very few so many of the things Bruce Jr. did as a child and teenager, he does not have access to now. “ Eliza states. 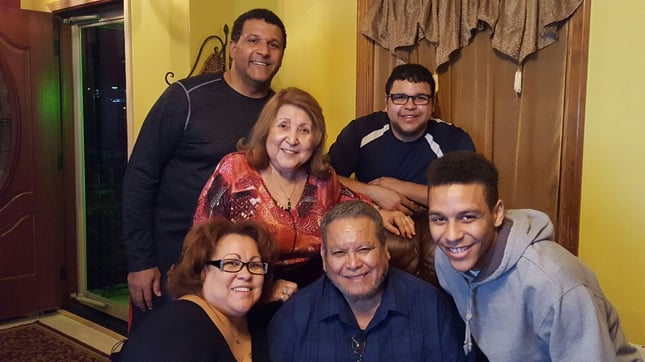 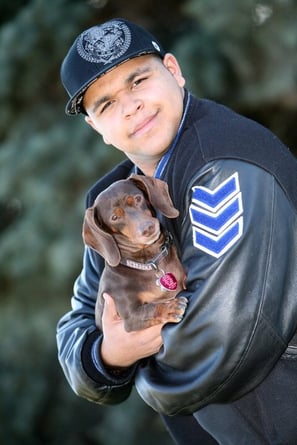 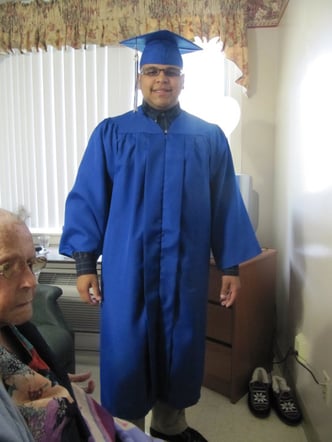 Bode Villotta is the 5 year old son of Scott and Tiffany Villotta. He loves stuffed animals, he can listen to the same song over and over for hours but both of parents joke that although that is a sign of autism, they also do that all the time.  Tiffany explains “When Bode was almost 3 we noticed that he really wasn’t talking much. He preferred to sit and play alone and would have huge fits that we struggled with figuring out what was triggering them”.  Tiffany is a nurse and had to complete a project during the end of school and she chose autism. “I have very close friends that have children that have autism so I thought it would be good to focus on something that could educate me on a disorder that affects those that I care about. Now I realize it was God’s way of preparing me for the future and to be able to recognize the signs for the child I was going to have”.  Scott openly admits that this was tough for him. When his wife suggested they get Bode tested Scott said he thought it was too early, “he’s a boy, give him more time”. They initially had Bode tested through the early childhood development program through their school district. Scott said “I was not receptive to anything in that meeting, in fact I almost kicked them out of my house”.  The Villotta’s met with the Munroe -Meyer an institute in Omaha, Nebraska. They diagnosed Bode with a 17 (out of 25) on the Autism Spectrum. After the diagnosis, Bode participated in the Autism Care for Toddlers (ACT) Clinic several times a week for several hours. The clinic provides early intervention services that are research supported treatments for autism spectrum disorders. “This clinic saved us. They are absolutely amazing.” Scott recounts. They have a large waiting list and the Villotta’s are thankful they were able to receive the service. “Bode was a very picky eater. We had to have a therapist that specializes in eating work with Bode and now he loves Chicken Quinoa!” Tiffany says. Bode was tested again and is now an 8 on the spectrum. A score of 0-6 is ‘displays no signs of autism’. He continues to astonish everyone and we are so thankful. He will always have autism, it is a part of him. He still has fits, he will still “stem” at night and walk in circles when he is overstimulated. The difference is that Scott and Tiffany know how to deal with this, they understand their son, and have become closer as a couple through all of this. “Scott is seriously my best friend, this has definitely been very hard, but we are much stronger as a team because of it”.  ` 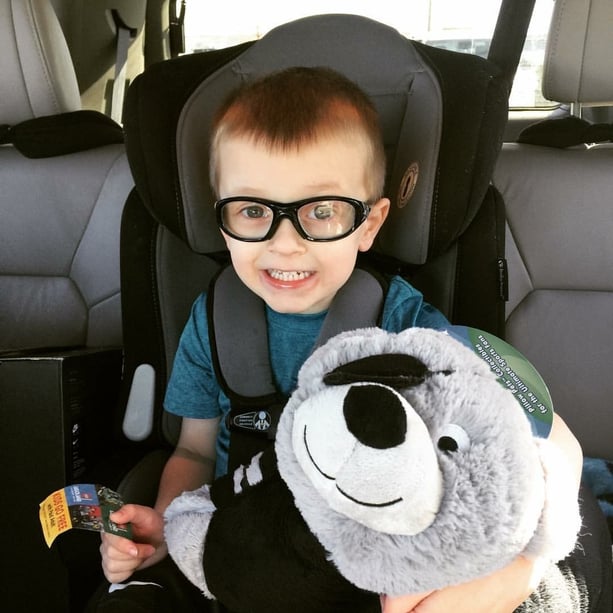 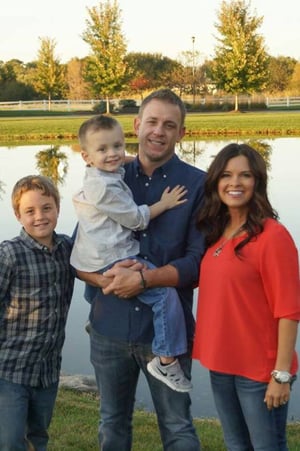 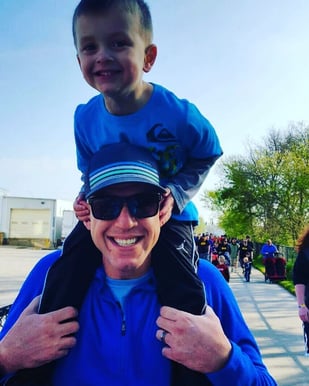 Autism education continues to get stronger and treatment is becoming more advanced but both Bruce and Scott hope that big changes also come from peers of children with autism.  Bruce says that, “Honestly, one of the hardest things to see when Bruce Jr. was growing up was the bullying. It just made me so mad and hurt. To see someone treat your child like they are less brings out a different kind of angry”.  Scott agrees “Thinking about anyone hurting Bode lights a fire in me. It gets me choked up to think I can’t protect him from that if I am not there”.  When asked what advice they would give to parents in their position, Bruce looks down and says, “Embrace the suck. It is hard sometimes…you think you are losing your mind, but it is also one of the best things you will ever experience. We are the lucky ones”. Scott looks at him and nods “Amen brother. We really are the lucky ones. Sometimes you have to carry your screaming child out of Target and parents stare at you wondering what is wrong with your child, but they have no idea how amazing he is. We got this”.

If you would like to know more about the programs the Peoples and Villotta families have accessed please click the links below.

Follow Fusion’s Be The Change page to learn more.