Bilingual Nurses Are A Driving Force In Healthcare 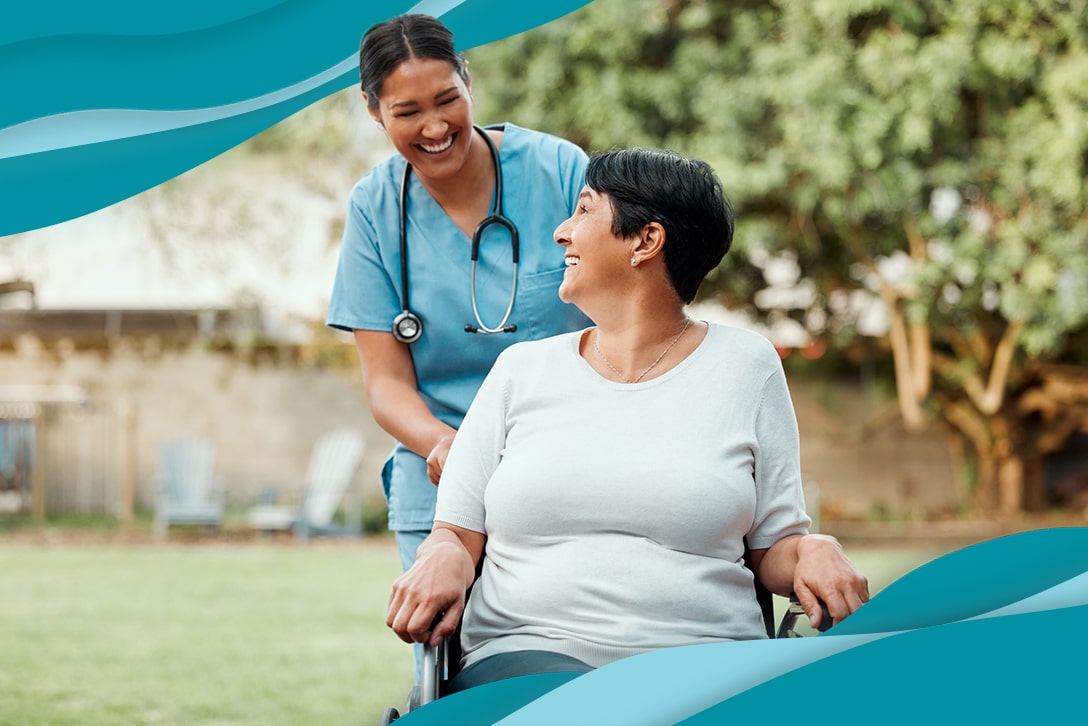 Imagine you’re in need of medical attention, but there’s no one around who speaks your language. You repeat yourself over and over, desperate for someone to understand what you’re trying to say. And when no one does, you’re treated to the best of the nurse’s ability and sent home.

Bilingual Nurses Are a Driving Force in Healthcare

That’s just another day for some people who speak limited English in the United States. As the diversity of U.S. demographics continues to grow and evolve, the demand for more bilingual nurses also increases. In a country with the second-largest population of Spanish speakers, you’d think there would be more linguistically-diverse medical workers available. Alas, only about 20% of Americans are fluent in two or more languages — ouch.

As a medical professional, you know that communication is the winning lottery ticket for patient care, not only for the overall well-being of the patient but for their families and home caregivers. When you don’t speak the same language as the person or people you’re treating, how are you supposed to accurately diagnose and treat them? When patients and healthcare providers can’t get on the same page, nobody wins. That’s where bilingual nurses step in to save the day!

Bilingual nurses are registered nurses (RNs) with linguistic superpowers and the ability to fluently speak, write, and understand at least two languages, most popularly English and Spanish.

Since bilingual nurses are rare unicorns in their field, many facilities utilize a translator to act as middleman between the patient and the care provider. Much like a game of “telephone,” the process has its flaws. It's pretty much always a better solution to have bilingual nurses on hand.

“There is an incredible demand for nurses who are bilingual,” said Paula Schipiour, MSN, RN, and associate director of the Chicago Bilingual Nurse Consortium. “Here in the Chicago area, we get calls from many hospitals that are looking to fill positions with nurses who can communicate with patients who aren’t proficient in English.”

Skilled communicators in at least two languages, these incredible medical travelers use their expertise to better serve patients from a wide variety of backgrounds. They also make patients feel more comfortable and at ease during difficult conversations by adding cultural familiarity.

“We’re important because we provide patient-centered care at a more personal level,” Allison Jimenez, a professional bilingual travel nurse and Fusion traveler, agreed. “I think we’re even more essential due to the growing population of non-English speakers in the country. I believe there is a demand for bilingual medical workers, especially Spanish-speaking medical workers. Every time I have encountered a Spanish-speaking patient, the patient is relieved and thankful that I can speak the language, and that they can be understood. At times, I’ve had patients tell me that they feel more comfortable speaking with me than with the doctors because they trust that what I am saying is reliable.”

Ultimately, in addition to the obvious responsibility of saving lives, the role of bilingual RNs is to help their patients feel safe, sound, and understood. Better communication in health care practices makes sure everyone has access to quality care, regardless of their native language.

Folks who aren’t fluent in English shouldn’t have to go to the ends of the earth to find accessible and appropriate treatment, and a big part of reliable treatment is being clearly understood. In an industry where miscommunication can be the literal difference between life and death, unaddressed language barriers can lead to low-quality, unsafe, and costly healthcare.

In fact, compared to English-proficient patients, those with limited fluency in English experience a greater risk of line infections, surgical infections, falls, pressure ulcers, and surgical delays. Not only that but there’s also a greater chance of readmissions because of patient difficulties comprehending how to properly manage their condition and take medication.

“It’s highly preferable to have a caregiver who understands the patient’s language,” Schipiour said. “When people have multiple questions, or are afraid to ask questions, they’re much more willing to talk to someone who understands. It’s a safety issue.”

It goes without saying that bilingual nurses are a gift to the health care community. Kind-hearted and emotionally intelligent, many bilingual professionals can empathize with and maybe relate to the cultural challenges faced by those who aren’t proficient in English. That gives bilingual travelers the exclusive superpower of noticing nonverbal cues and subtle signs that may be less obvious to others.

States that need bilingual nurses the most

Basically, every state in the nation has a need for linguistically diverse medical professionals, but there are some places in the U.S. with a stronger need than others. Even though Spanish is by far the most common second language needed for patients, others have the top spot depending on the region of the country.

“Spanish is the priority language nationally,” said Allison Squires, PhD, RN, FAAN. “Other languages depend on where you live and who is migrating there.”

“For example, in the New York City and New England regions, there are now large numbers of Russian speakers,” Squires said. “These individuals often come from former Soviet Union states where Russian was the official language. Other parts of the country like Texas and Louisiana have large numbers of Vietnamese speakers who came to the U.S. as refugees or immigrants. Other than Spanish, language demand is often specific to a local healthcare service area.”

Out of all 50 states, we’ve narrowed down the states that need bilingual medical professionals the most. We’re all about working smarter, not harder.

The Golden State has the highest level of linguistic diversity in the U.S., so they’re super in need of a variety of linguistic experts. Know any Spanish, Chinese (Mandarin or Cantonese), Tagalog, Vietnamese, or Korean? If so, search for travel bilingual nurse jobs in California!

Amongst one of the top 10 diverse states in the country, Illinois is another prime destination for Spanish-speaking nurses. Especially in Chicago, where there are several different languages spoken in homes across the city, including Mandarin Chinese, Polish, Arabic, Hindi, and Urdu. Want to be a Chicago nurse? Peep travel nursing jobs in Illinois and apply today!

Home to the second-highest population of people in the U.S. who are limited in English, the native language of nearly 30% of the total Texas population is Spanish. Saddle up for the nursing adventure of a lifetime, because everyone knows that everything is bigger and better in Texas. Find travel nursing jobs in Texas.

Don’t let one-of-a-kind career opportunities slip through the cracks. Search for bilingual nurse jobs in destinations where you can make the difference of a lifetime.

If you’re not bilingual and want to be, the good news is you can learn a new language at home, in-between nursing shifts, and on your days off. Experts say that traditional online learning programs are the most effective way for language beginners to practice vocabulary and grammar. Here are the top apps and resources to help you learn an additional language.

Pimsleur is an online learning platform that provides access to over 50 languages. Built on a set of scientifically proven principles, Pimsleur gradually exposes learners to new words at increasing intervals. According to Dr. Pimsleur’s research, this method offers the optimal spacing for information to move from short-term into long-term memory.

Explore a new language on the go from your phone or computer with Babbel. These app-based lessons are created by a team of expert language teachers and are designed for all levels and types of learners. The unique thing about Babbel is it offers more ways to learn, including live online learning sessions, original podcasts, games, videos, and then some.

However, the best part about Babbel is they offer a travel nurse discount. Because of your awesomeness, you get to take 60% off your Babbel subscription. That means that you get 6 months off of Babbel lessons for only $36!

Learn a new language and have fun while doing it with the Duolingo app. Using personalized education, Duolingo provides learners access to a private tutor, language games, and bite-sized educational sessions. This learning app is a favorite among users because it offers real-life communication examples, such as ordering from a restaurant. Plus, Duolingo uses an implicit learning approach, which allows learners to discover patterns on their own without stressing about language rules.

We all want to be listened to, heard, and understood, so why would that differ in medical care? Bilingual nurses are vital to the overall health care system because they connect patients who may be less proficient in English with the high-quality care they deserve. You have the power to make or break a patient’s health care experience, so what are you waiting for?