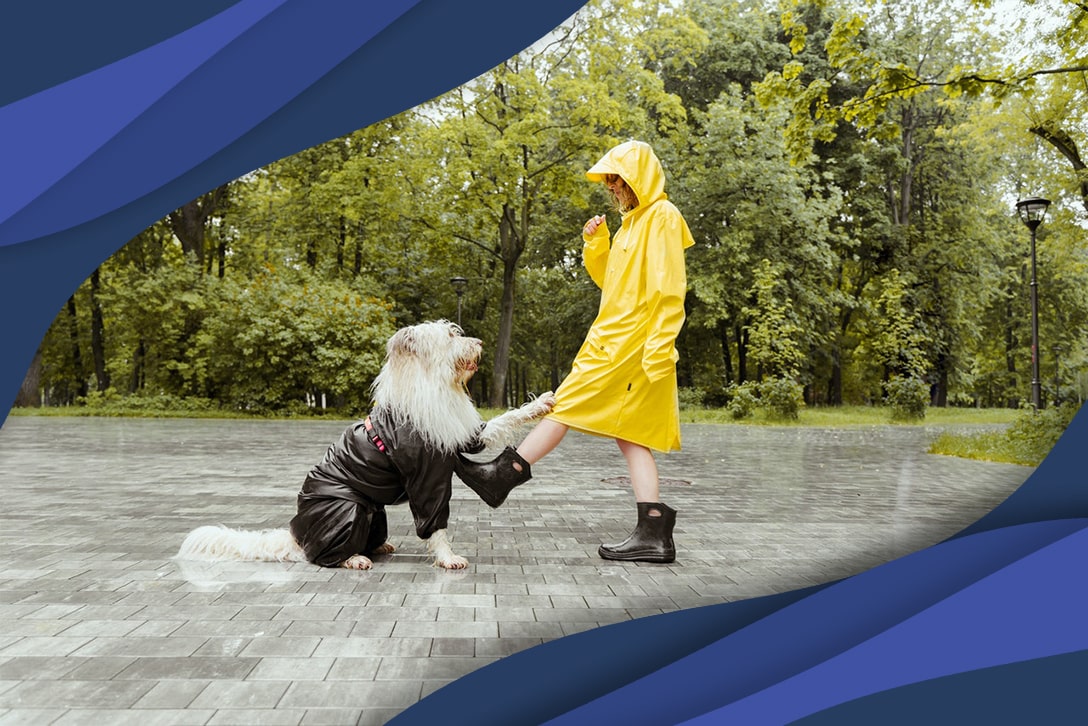 Imagine this: It’s first thing in the morning and you awaken to the light, rhythmic pitter patter of rainfall. What do you do? Do you continue to lay in bed and use the sound to comfort you back to sleep? Do you spring up out of bed to the window to watch as rain streams down the glass? Do you energetically put on your rain boots and go outside to play in puddles?

If you answered yes to any of the above, there’s a chance you could be a pluviophile!

A what?! A pluviophile, aka a lover of rain, or someone who finds peace and delight in rainy days. Not sure if that’s you? Take the test to find out!

If you’re like “Dat me!”, then you must be thrilled for April! Because April showers bring May flowers, of course. And since you have the freedom to work where you want, when you want, and how you want as a professional medical traveler, you can work your way through the rainiest parts of the U.S. Not sure where to go for your next med travel assignment? Let us offer our two cents. 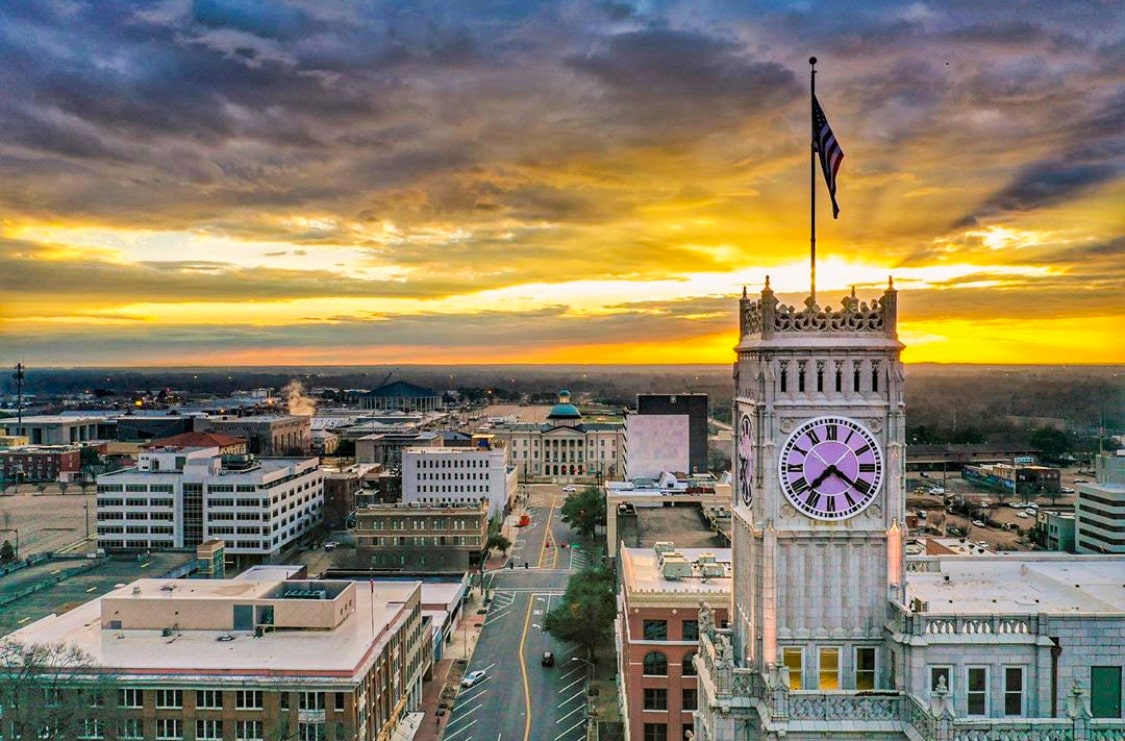 When you think of Mississippi, first thing that comes to mind is probably the river. But did you know that Mississippi is one of the wettest states in the country? In fact, Mississippi was the no. 1 U.S. state in 2021 for precipitation with an annual amount of 66.84 inches, which exceeded the state’s normal range of 50 to 65 inches. Holy rain, Batman!

This southern state features a subtropical climate that results in scorching hot summers, mild winters, and frequent rainfall. Typically, the annual precipitation increases from the northern parts of Mississippi down to the southern cities with locations like Biloxi and Pascagoula being some of the rainiest. On average, the Gulfport-Biloxi-Pascagoula Metro Area gets 103 days of rain each year. So, if you’re one to dance in the rain like no one’s watching, Mississippi just might be the place for you.

What to do in Mississippi

A landmark state known for its enlightening Civil War history, Mississippi boasts a unique culture that attracts visitors from all around the world. Lucky for you as a professional med traveler, you have the ability to live like a local in Mississippi while on working an assignment. And as a pluviophile, you’ll thrive in the humid, wet climate. So, while you’re there, check out these local attractions! 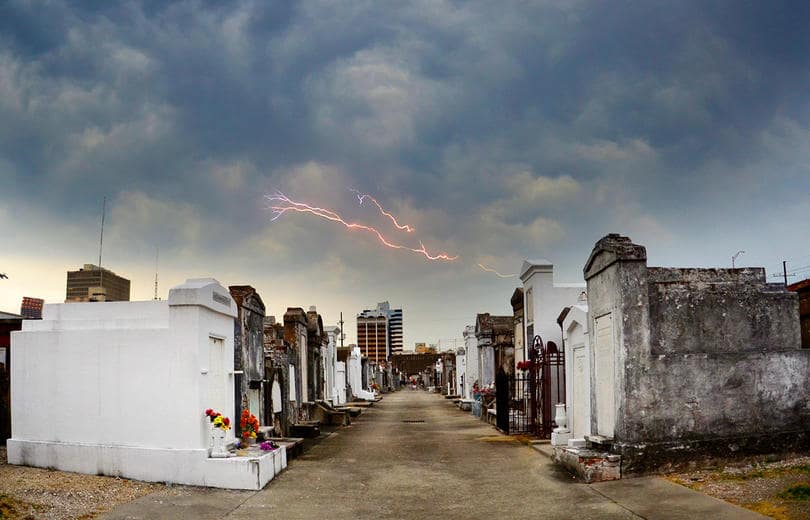 With a climate super similar to Mississippi, it’s no surprise that Louisiana also tops the list for rainiest U.S. states. In 2021 alone, Louisiana got a whopping 66.23 inches of precipitation. Of course, Louisiana’s high humidity plays an important role in the amount of rainfall the state sees, but over the past year, the unusual influx of dry air from the north is triggering major downpours. On average, Louisiana sees about 102 days of precipitation each year—a perfect place for a pluviophile med traveler like you!

Be aware that another reason Louisiana sees so much rainfall is because of hurricanes. Between 2000 and 2021, Louisiana has been impacted by at least 28 tropical or subtropical cyclones. Hurricane season officially begins June 1, but it’s not uncommon for tropical storms to arrive early.

“As the moist air collides with more dense dry air, the dry air burrows under, causing the air to rise and that gives us rain clouds,” explained Barry Keim, Professor and Louisiana State Climatologist. “As temperatures warm, more moisture is stored in the atmosphere. When you wring that moisture out, you get more water on the ground.”

There you have it: Science.

What to do in Louisiana

Home to the non-stop party city of New Orleans, Louisiana is a bopping state! But there’s much more to the state than never-ending Mardis Gras celebrations. As you explore the second wettest U.S. state, make sure you add these destinations to your bucket list: 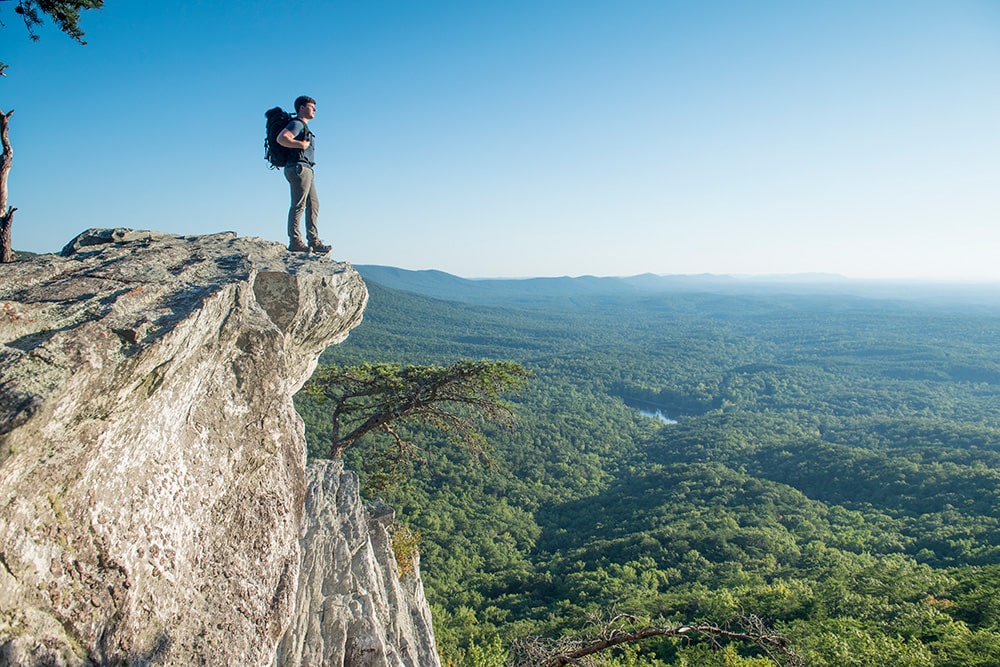 Who knew the southeast region of the U.S. is a magnet for rain? Alabama is yet another subtropical state with scolding summers, mild winters, and year-round rain. As the third wettest state, Alabama received 65.06 inches of precipitation in 2021.

But why? Similar to Mississippi and Louisiana, Alabama sits within the tornado-prone Dixie Alley of the southeastern U.S. Plus, the main things that influence the climate are the warm waters of the Gulf of Mexico, the latitudes close to the equator, and tropical systems. On average, the state experiences 106.5 days of precipitation, which gives you plenty of opportunities to get out there and soak it in! Just make sure you check the weather forecast if you’re in Alabama between August and October—otherwise known as peak hurricane season.

What to do in Alabama

Alexa, play “Sweet Home Alabama” by Lynyrd Skynyrd. Alabama is a state well-known for its natural landscapes, deep historic roots, and America’s favorite sport, football! Rain or shine, here are some popular things to do in Alabama: 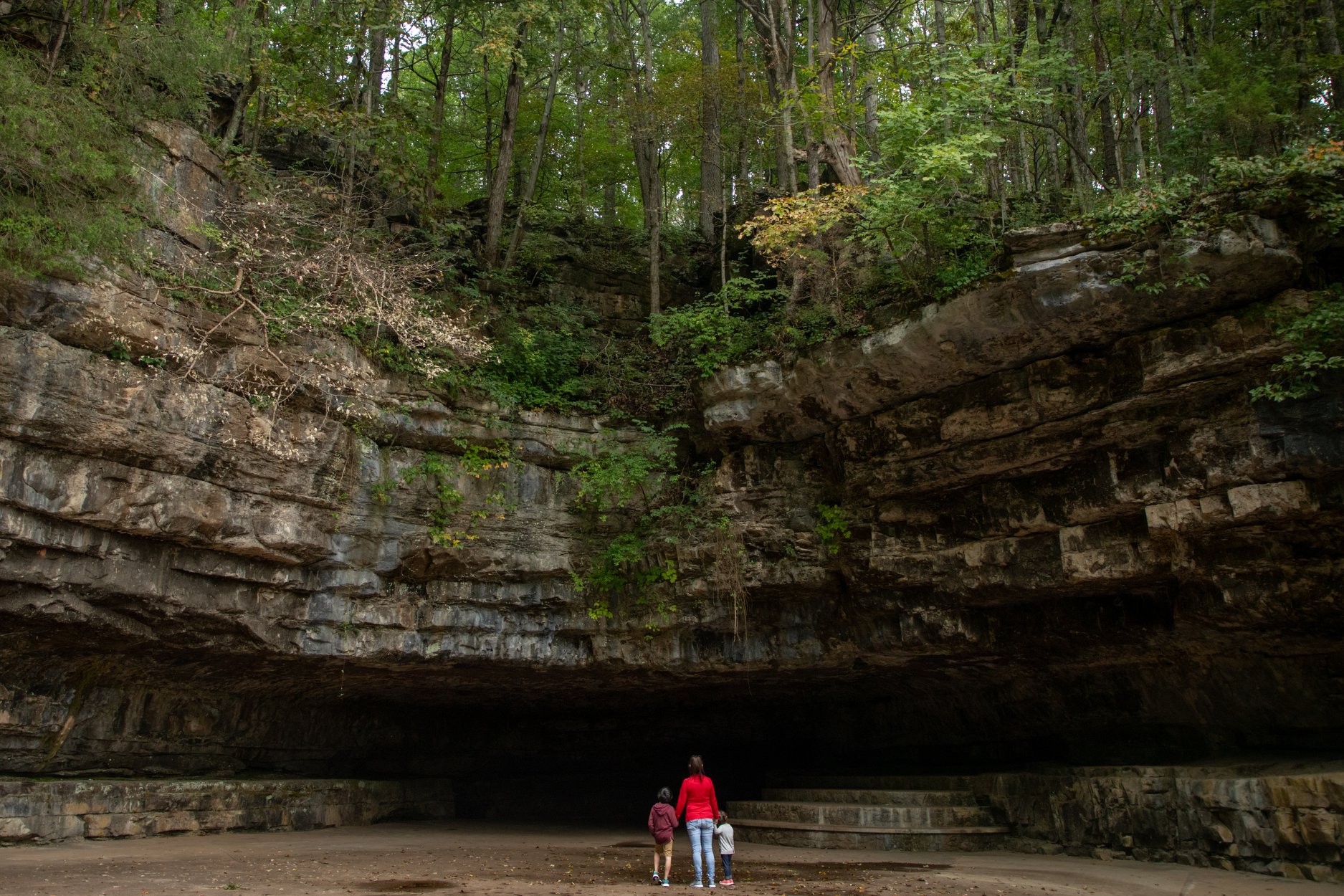 Between the Appalachian Mountains and the Mississippi River lies the beautiful state of Tennessee. The average 116 rainy days per year leave the state’s landscapes in a picturesque “kaleidoscope of colors” that you can’t get anywhere else.

Prone to extreme thunderstorms and tornadoes, Tennessee was the fourth wettest U.S. state in 2021 with 58.89 inches of precipitation. Typically, the rainiest months of the year in Tennessee are between December and April with the driest periods between August and October. Peak tornado season for this state lies within February, March, and April, so make sure to plan accordingly!

What to do in Tennessee

Besides the fact that Tennessee doesn’t disappoint when it comes to rainfall, the state is also home to natural wonders of the world, exciting outdoor adventures, and attractions that beckon every kind of thrill-seeker there is. Here’s what to do in Tennessee: 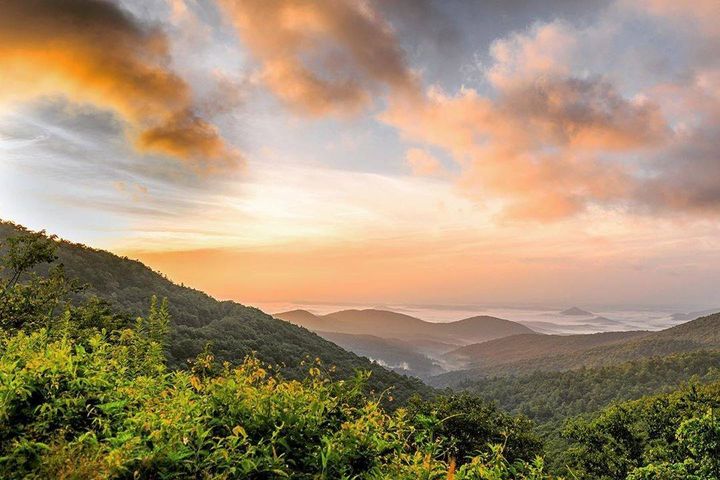 n 2021, Georgia was the fifth wettest state in the country with 57.11 inches throughout the year. Frontal storms with high-density rainfall and cold fronts are more common during the fall, winter, and spring seasons in Georgia. I mean, the state is no stranger to severe storms and the aftereffects of hurricanes. Between 1950 and 2019, there were 26 named storms to cross within 100 miles of Atlanta, so beware of Georgia between the months of June and November—it’s hurricane season.

What to do in Georgia

Did you know Georgia is the largest state east of the Mississippi River? As such, there’s plenty for everyone to do! From major league sports to the Blue Ridge Mountains, Georgia is full of fun activities that are perfect to do no matter what the weather is like. Check out these top Georgia crowd-pleasers:

Why does rain make some people happy?

Now that you’ve discovered you’re a pluviophile, let’s learn more about why. Well, there’s a lot of debate on the topic, but it seems like just as people experience seasonal affective disorder (SAD) in the winter when there’s less sunlight, others experience it during the summer months when there’s less rain.

There’s a bunch of psychological reasons why some of us crave the comfort of the rain. Some professionals argue that our brain craves sensory input, and the sound of rain or thunder can satisfy the brain’s demands, which calms us down.

“Rain has a regular, predictable pattern,” said Emily Mendez, MS, EdS. “Our brain processes it as a calming, non-threatening noise. Which is why there are so many relaxation and meditation videos that feature the sound of rain.”

According to a recent study, nature sounds like birds chirping, wind, and rain can “make us feel better, improve health, increase positive effect, and lower stress and annoyance.” Which leads us to the pink noise phenomenon.

You’ve heard of white noise. Now, get ready for pink noise. Pink noise is a “spectrum of frequencies that decrease in intensity at a rate of three decibels per octave,” meaning higher frequencies are less intense to your ear. It’s thought by some psychologists that pink noise gives sounds (usually found in nature) the ability to engage with your subconscious without distracting you. Think rainfall, ocean waves, wind blowing, leaves rustling.

Pink noise stimulates your brain without demanding your undivided attention. When there’s silence or white noise, your brain can start to overthink and generate anxiety. But when you’re exposed to pink noise, like the rain, your brain becomes somewhat stimulated, which can increase your productivity and boost your mood.

So, just like some people prefer sunshine and blue skies, others prosper with rain and thunderstorms. To each their own!

A career as a professional med traveler gives you full control over your career, so if you want to travel based on your love for rain, you can! If traveling by brewery is more your style, you can do that, too! At Fusion, we’re not here to judge you on your travel journey, we’re simply here to help you get where you want to go.